Covid-19 and municipalism: new solutions for a citizen security? 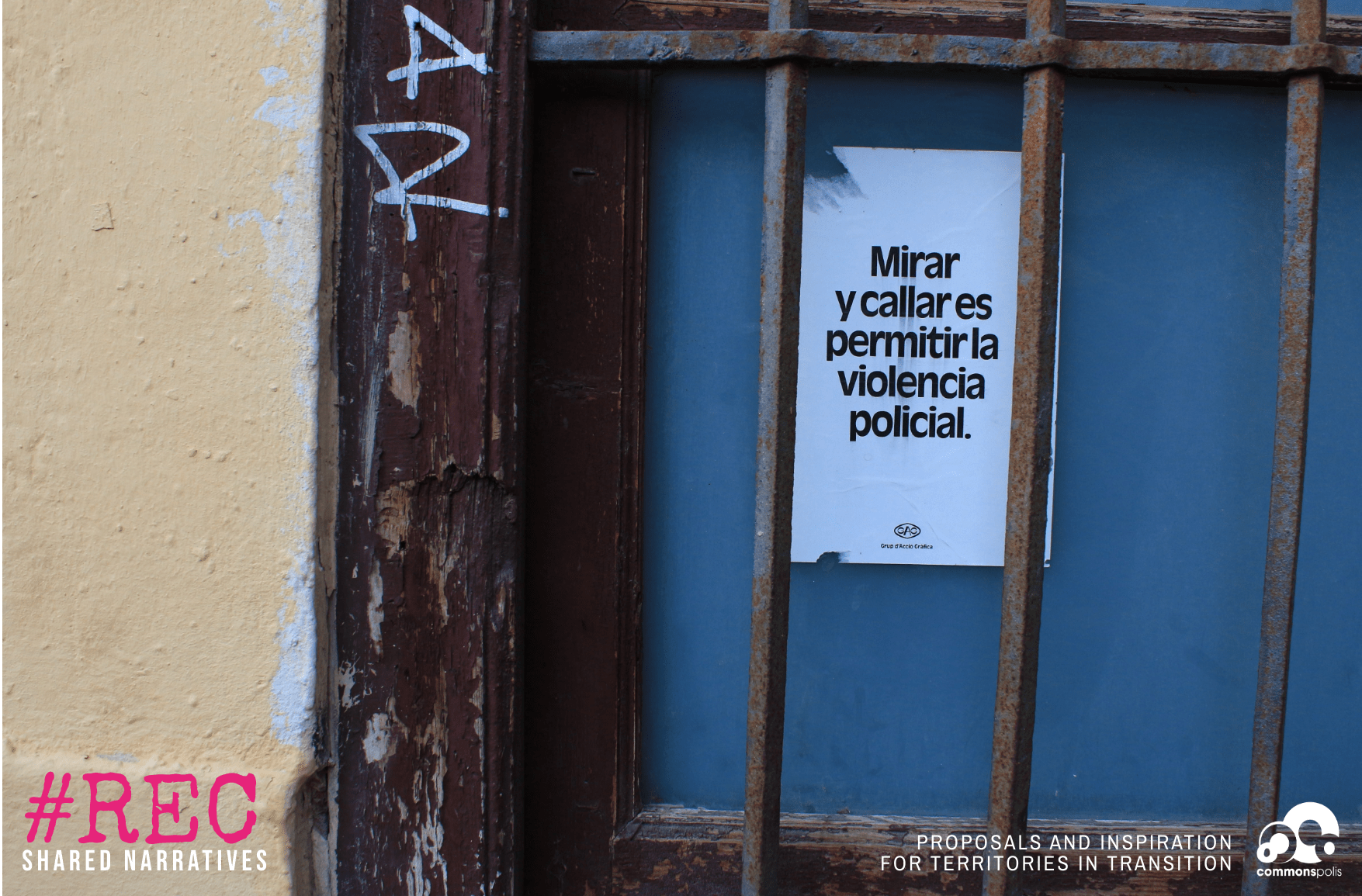 The manner in which the pandemic spread, and the response of governments to this cataclysm, have highlighted both the deficiencies of the systems in place, but also the possibilities that emerge from the various responses and initiatives undertaken by both sides.

The historical pandemic caused by the arrival of Covid-19 at the end of 2019 and its dramatic spread in 2020 have challenged many practices and preconceived ideas on the security of populations on a global scale, but with a multitude of local peculiarities. The manner in which the pandemic spread, and the response of governments to this cataclysm, have highlighted both the deficiencies of the systems in place, but also the possibilities that emerge from the various responses and initiatives undertaken by both sides.

The case of the United States, given the scale of the disaster and the number of responses provided, was very instructive in this regard. As the author of this article was himself at the heart of the turmoil in the State of New York, it is on this example in particular that this analysis will focus. The conclusions, however, are intended to be general, all the more so because historically, this country is often a harbinger of future trends.

Without going into the details of the history of the coronavirus, Covid-19 quickly highlighted, in an extremely dramatic way, two phenomena that define the dynamics of today’s world: an extreme inter-connectedness that expresses itself in various forms, erasing political boundaries and rendering the political organization of the world around the nation state obsolete; and an obvious lack of preparation, at all levels, to deal with this type of global disaster. These two elements are obviously not new, and many observers have been debating and warning about them for some time now. But Covid-19 has provoked a real awareness of the problem on a planetary scale, affecting all peoples and all social classes knowing that, in addition to the 600,000 victims of the pandemic, at least 100 million people will have been projected into extreme poverty according to the World Bank (figures as of August 2020). However, the coronavirus appeared at a time when many countries were in a phase of withdrawal, with a strong return of nationalism, xenophobia and authoritarianism. The politicization of the pandemic was expressed in various ways and to different degrees, whether in China, the United States, Russia or Brazil, to name only the most extreme cases. In the United States and Brazil, in particular, great tensions have resulted from differences between local authorities and the central government on how best to address the problem. Generally speaking, the countries of the North, which are not used to dealing with this type of health disaster, unlike other regions, have for the most part been caught up in the pandemic and have not known how to react to it. Yet, for years now, some experts have been sounding the alarm and seeing governments turning a deaf ear to these warnings, even though considerable sums of money have been allocated to virtual threats such as “nuclear terrorism”.

While the effectiveness of governments in containing the virus has varied significantly from country to country, there is one indisputable fact: the lack of coordination and management of the pandemic at the global and even regional level. The body theoretically best suited to deal with the problem, the World Health Organization, has revealed the limits of its powers and influence, and its director has proved unable to transcend the formal limits of his own powers. This is hardly surprising, given that all UN system organizations are by definition extremely limited in what they can do because they are the offspring of the few countries that lock up the institutions. At the regional level, the notorious lack of coordination among countries in all regions, including Europe, reveals the extent to which old national reflexes remain ingrained in people’s minds, especially when there is panic on board. There is no reason to believe that, in the face of other threats to global security, the other UN agencies potentially concerned do better than WHO, nor that regional cooperation miraculously transcends national atavisms.

What about local responses to the pandemic? Focus on New York City

The nature of Covid-19 and how it is spreading is better known to us today than it was at the beginning of the pandemic and evidence shows that a coordinated response between all levels of governance would be ideal. But, in the absence of global and regional coordination, we are therefore restricted to national management and local or semi-local management. In the United States, for example, action has been taken, often chaotically, at three levels of intervention: national (federal), state and municipal (or, in rural areas, at the county level). The politicization of the pandemic by the Trump administration from the first recorded cases, which has never been contradicted since, has brought to the problem a degree of complexity rarely seen elsewhere but which allows us to better perceive, evaluate and differentiate the types of responses provided by federal authorities, by governors and by local and municipal authorities. The case of the City and State of New York is very instructive in this regard.

It is well known that New York City, because of its international and cosmopolitan character – the city welcomes millions of foreign visitors every year, most of them arriving on American soil by air – was, along with Bergamo in Italy, one of the places hardest hit by the pandemic in its early stages. The New York health authorities were soon overwhelmed by the scale of the disaster and for weeks the city suffered around 800 deaths a day from Covid-19, with New York State as a whole also heavily affected and infected. However, New York City has been unique in that since the September 11, 2001 attacks, it has organized its security independently of the federal government, creating a vast system of protection, some of it insidious (which some, like former mayor Mike Bloomberg, tried to deflect ), but which has allowed the most critical moments of the pandemic to take measures that the federal government refused to implement. The logistical and other arrangements, especially those made to deal with a large-scale terrorist attack, were used to accommodate the thousands of victims of the pandemic.

Result: after three months New York State, including New York City, became the state least affected by Covid-19 in the entire country with less than five deaths per day. In addition, a system of cooperation has been set up with neighboring states to share medical equipment and expertise in order to quickly focus on areas at risk. To date, the pandemic has been effectively contained without a second wave, while the rest of the country has seen cases multiply exponentially.

During this pandemic, the ineffectiveness of international bodies, the lack of regional cooperation and the unpredictability of national responses have highlighted the importance of local initiatives. It is clear that when it comes to responding quickly to this type of crisis, local authorities seem to be the best equipped to quickly adapt and respond to the threat.

The case of New York suggests that an apparatus accustomed to responding to security problems independently can be effective, even in the face of an unprecedented threat. To the extent that it seems unlikely that reforms of international and regional mechanisms will emerge in the near future, that governments’ attitudes are unlikely to change, at least sufficiently, a local empowerment of security authorities (in its broadest sense) seems to us to be the most viable solution to deal with this type of problem. Moreover, we know that good practices at the local level have interesting potential for international bodies, which in recent years have begun to learn lessons from the regions to relay this knowledge elsewhere. This potential, largely untapped, could transform the work of international humanitarian aid agencies in the future.

Based on the lessons learned over the last few months, let’s try to draw up some proposals for the future.

This article has been translated from its original french version by Averill Roy and Arnaud Blin.

Arnaud Blin is a French-American historian and political scientist specialized in conflicts history. He wrote around fifteen works, translated into ten languages. Ex-director of Beaumarchais Center for International Research (Washington), he coordinated for around 10 years the World New Governance Forum (Paris). His professional interests have centered in problems linked to good governance and security. Through the Forum, he led around forty projects on global governance with Gustavo Marin. Last published work : War and religion. Europe and the Mediterranean from the first through the 21st centuries (University of California Press, 2019).

Find all the articles and case studies presented by Arnaud Blin on citizen and local security in #REC – Shared Narratives on “Covid-19, Security and Municipalism”

Security According to the Indigenous Guard in Colombia
30 November, 2020