[ REPORT ] Towards a new French-style municipalism? 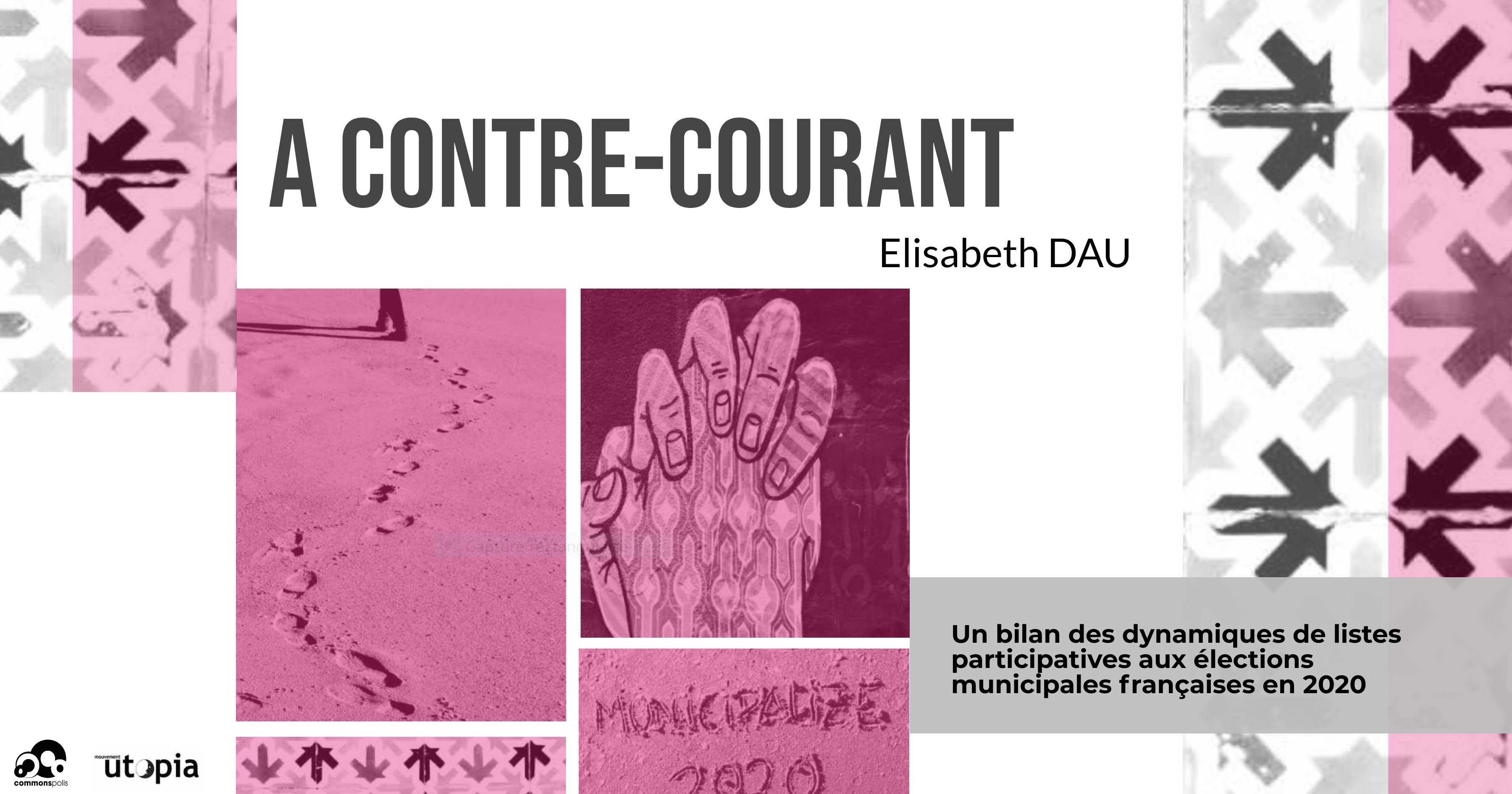 In her report entitled “A CONTRE COURANT – An assessment of the dynamics of participatory lists in the French municipal elections in 2020″, Elisabeth Dau (Commonspolis, Utopia) highlights the effervescence of the nascent municipalism in France, a major democratic revival, yet little reported by the main French media.

The victory of 66 participatory lists in the last municipal elections of June 2020 may not seem – from an external point of view – very significant, compared to the 36,000 french municipalities. But this would be to ignore the extent of these new dynamics of citizen engagement on the territory, and the birth of these “political UFOs” described by Elisabeth Dau in her report. These new political collectives are a radical break with the functioning of political parties. Far from being marginal, the participatory lists significantly describe a new political order, which is in line with municipalism, a global movement of local repoliticization found in cities in Europe and the Americas.

This new municipalist order is expressed in these new ways of doing things, of being and of embodying the local politics described by Elisabeth Dau. At the same time diverse in their backgrounds, French participatory lists are being formed outside the traditional parties with often well-established local roots. Most of them bring together people who are new to politics, sometimes born as a result of local mobilization or are the extension of Yellow Vest collectives. They are the political translation of citizens’ demands for more democracy, more concrete responses in terms of social and economic rights and environmental issues. These participative lists involve citizens directly in the elaboration of programmes. They invent new forms of operation to counter the pitfalls of current democracy such as political personalization or political professionalization and the monopolization of local common goods for private purposes.

In France, however, this renewal embodied by municipalism is being overshadowed in the mainstream media’ analysis. Participatory lists are often drowned within the obsolete electoral classification that assimilates them to general trends or to the main political parties, provided that certain partisans have joined them or that alliances have been formed in the second round of elections. The main media therefore equate them with political parties with which the lists seem to have more affinities, sometimes the EELV-Greens, the Socialist Party, or La France Insoumise ( left wing party led by Jean-Luc Mélenchon). This approach suffers from a lack of understanding of the aspirations, values and functioning of these new collectives, which in many respects are far removed from the traditional functioning of parties.

In this report, Elisabeth Dau endeavours to characterize their specificities, to present their components, to show us both their diversity and what brings them together, and to describe this French-style municipalist renewal, by providing us with the first analyses and key elements.

In this assessment, she invites us to “lay the foundations for a debate and for what we can learn from this period, which is both coming to an end and, at the same time, is opening up, as is rarely the case, hopes for necessary changes”.

Elisabeth Dau is a member of the Socio-Scientific Council of Commonspolis and member of Mouvement Utopia.

English version of the report will be soon available in Minim Observatory.

The european legal laboratory for the commons : a new tool and lever for change
30 April, 2021