You are here:
Proposals 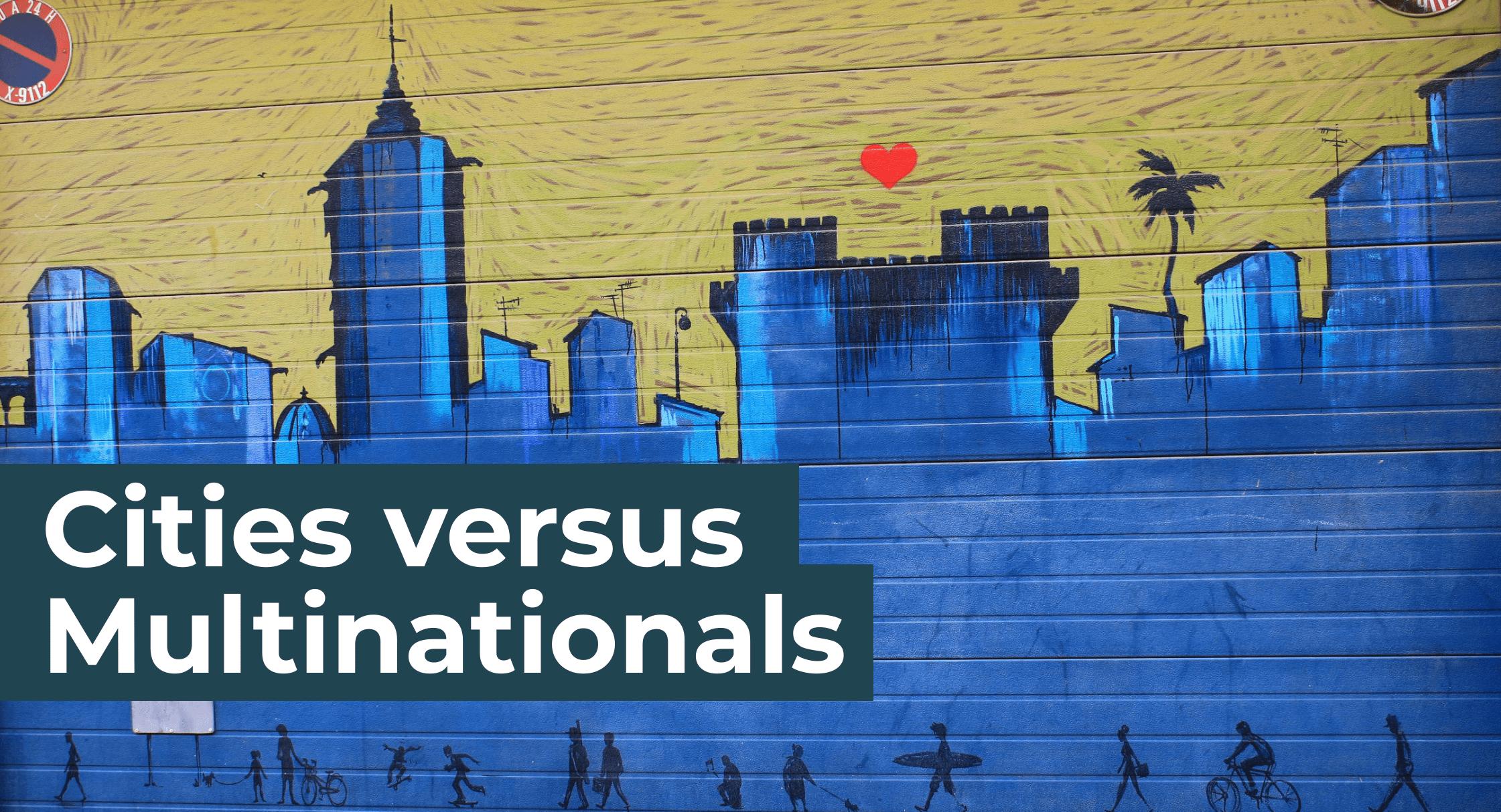 Cities are directly affected by the consequences of austerity policies and the economic crisis. They also are places for democratic resistance against the hoarding of common goods by Multinationals.

“Cities Versus Multinationals” is a collective work published in Collection Passerelles by Ritimo..  It collects contributions of several European organisations, including the Observatory of Multinationals, in order to give an overview of the different power relationships that exist between cities and multinationals.

Multinationals follows economic logics, which are not social nor ecologically sustainable, and those affects cities severely. The public policies that are deployed in cities for housing or transport are directly threatened by actors such as Airbnb or Uber, whose profits only benefits shareholders, while they don’t make investments on the territories. And it is also at the local level, in cities and towns, where many ecological and social alternatives are emerging, developed either by citizens either by municipal representatives, such as neighbourhood food systems, local currencies or zero waste initiatives. Cities are today the place for resistance against hoarding of common goods by multinationals.

To order a hard copy or for more information: see Ritimo’website

[NEW BOOK] The future is public – Towards democratic ownership of public services
12 May, 2020

[WORKSHOPS] Faire Commun⸱e. A French Fearless Cities about Care, Covid and Municipalism
7 May, 2020