LABS OF CARE : THE FIRST STEPS IN WORKING TOGETHER

You are here:
Community 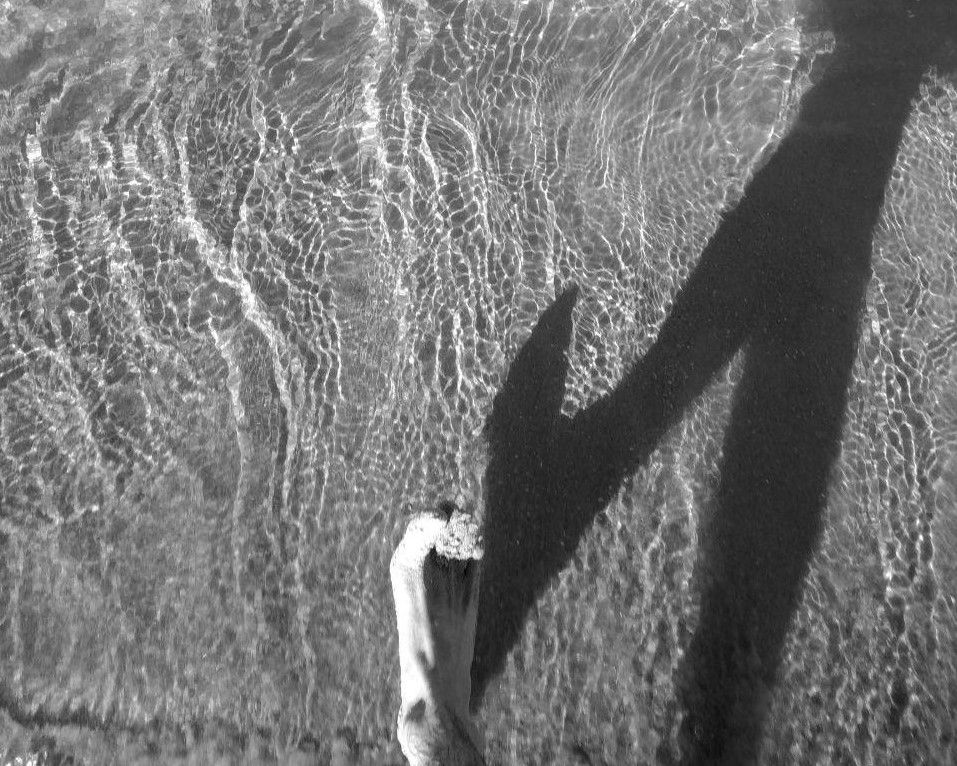 LABS OF CARE STARTED AS A FEELING, AN IDEA THAT HAS SINCE GROWN INTO A PILOT PROJECT WITHIN VARIOUS SOCIAL AND CULTURAL ORGANISATIONS. IT DEALS WITH MUNICIPALISM, DEMOCRATIC CULTURE, NEW WAYS OF COLLABORATING, TAKING CARE OF YOURSELF, OTHERS AND THE MOST VULNERABLE, AND HOW TO BUILD SOCIETY BY CENTRING IT AROUND PRACTICES THAT MAKE A SUSTAINABLE SHARED LIFE POSSIBLE.

By Averill Roy for CommonsPolis | December 2019

Labs of Care is a project that arose out of the shared experiences of the urban movements flourishing in Europe and around the world. And with them is flourishing the chance for citizens to regain power in the face of an economic and political elite who, for the past 40 years, have been systematically revoking the citizen’s right to a life worth living, to a dignified life that allows them to move freely, provide and care for themselves, with access to quality housing and education—in short, to lead a dignified life in a city that belongs to them simply because they live there.

Labs of Care is also a product of the recent realisation that grassroots movements are no longer satisfied with simply demanding the rights they feel entitled to and which the state, the city, and other traditional power institutions are apparently failing to provide. These movements are accompanied by a new culture of democracy that reflects the cultural diversity of the people. This new democracy is based on social connections and is centred around shared cultural values.

What we’re witnessing is a new democratic culture that brings about new ways of organisation, opposing an exclusionary system that reproduces patterns of economic or patriarchal domination. These new practices are getting more and more creative in finding ways to genuinely involve the most excluded people in decision-making, to give them power and permission to participate in decisions that affect them. They also create the conditions for individual and collective liberation by developing a critical approach and providing tools for deconstructing the dogma and preconceived notions that lead some citizens to adhere to lifestyles and decisions that run counter to their interests.

BECAUSE PEOPLE ARE NO LONGER CONTENT TO SIMPLY PLACE DEMANDS—THEY WANT TO PUT INTO PRACTICE AND EMBODY THE CHANGES THEY DESIRE. THESE MOVEMENTS ARE CHANGING THE GAME, STARTING FROM THE BOTTOM UP, DEVELOPING NEW WAYS TO BUILD A SOCIETY, NEW FORMS OF WORKING TOGETHER.

A TOP PRIORITY: TAKING CARE OF THE COLLECTIVE AND TENDING TO THE ISSUES OF POWER WITHIN IT

Labs of Care is the result of a feeling we had, a hunch; “we” being an informal collective comprised of a handful of people from organisations in several European countries working on pushing societal, political and cultural institutions to be more democratic and respectful of individual rights. This intuitive feeling, which has since become a conviction, is that Care is one of the profoundly transformative central aspects of our grassroots movements. This simple word operates on several levels. It not only examines the politics of power, but also a whole range of reproductive tasks and professions that are not valued in our society and which are typically relegated to socially marginalised populations, including, among others, women and immigrant populations. Additionally, it alludes to an awareness of individual and collective well-being within organisations: the burnout caused by time-consuming volunteer activism; the personal and individual transformation involved in collective work; the conditions in which we relate to one another; and the care given to the relationships that we generate within collective work spaces, whether as citizens or professionals. This is another way of being oneself around others, and of working together. Restoring Care to the heart of our practices means embodying the structural changes in society that we wish to see. But what culture of Care are we talking about and, more importantly, how can we make this culture stronger? The aim of Labs of Care is to begin providing concrete answers by supporting and documenting practices developed by social organisations in Europe.

Fifteen people gathered for three days in Castielfabib, a small village in the north of Valencia, to discuss their shared experiences and the importance of the concept of care in their organisations. This group consists of people who have participated in or are currently involved in municipal platforms: the Archipel Citoyen of Toulouse, France; Barcelona en Comú, Valencia en Comú and Madrid129 for Spain; and Ne davimo Beograd (Don’t let Belgrade d(r)own) from Serbia. There are also people from collective spaces that combine artistic and cultural creation with collective life: the Performing Arts Institute (InSzPer) in Warsaw, the BIOS urban culture art centre in Athens and the Pembroke House, a centre for community life and social action in London. As promoters of the event, teams from CommonsPolis, Zemos98 and Krytyka Polityczna as well as Shelagh Wright & Peter Jenkinson (Cultural change agents, UK) also shared their activist experiences and contributed to the discussions.

The idea of the meeting was to take time to exchange views on the beginnings of this new culture of Care and to identify how to translate them into concrete practices. It was an opportunity for the participants to take a step back and reflect on their experiences, allowing them to identify moments in which Care was present as well as moments when it was lacking.

In Spain, within municipalist movements, the concept of Care is clearly present in the form of a demand for societal change that puts all care-related activities back at the heart of society, from domestic work done mainly by women to all the reproductive labour that sustains life in general. The increasing role of women in politics involves taking on the patriarchy: going beyond women’s voices simply being heard and instead re-imagining our society and ways of organising collectively to achieve greater equity and participation. However, this democratic renewal has highlighted the frequent discrepancy between discourse and practice. The current situation in Spain is one in which the hard work of four years in power has ended in the loss of city councils in the last municipal elections of May 2019. Now these movements are undergoing a regrouping period, taking time to recover from their setbacks, to gain perspective on the experience of political power and to develop new practices in new spheres that bring together parties and social movements built on principles of cooperation, respect and the right to be heard. They are trying to leave behind old practices that have often given rise to divisions and interpersonal conflicts, harming those involved.

Ne Davimo Beograd, which ran unsuccessfully in last year’s municipal elections despite popular support and extensive campaigning during the protests, is currently concentrating its energy on a campaign to boycott Serbia’s parliamentary elections. Within the Serbian municipalist movement, many have observed the personal exhaustion caused by collective citizen action in a volatile setting with limited means to finance paid work and a lack of time to devise a more sustainable system for distributing labour within the collective. Many also noticed a disconnect between the discourse around women’s rights and the internal practices of the movement.

During the April 2020 municipal elections campaign in France, these same experiences within Archipel Citoyen echo the trend within the movement for supporters to take the necessary time to avoid burnout, to give enough time and support to new candidates, who often have little or no experience in politics or in supporting the most vulnerable people in the movement, and to prioritise the collective energy of the campaign.

Even though these two situations are different, the experiences share similarities. Driven by the urgency to achieve results, and drained by the energy required to make decisions and act under time constraints on a daily basis, organisations are often forced to move forward even if it means disrupting the balance of energy and power within a collective. During these three days of discussion, a significant need arose among the participants: the need to take the time and distance necessary to take stock of those moments when they were not being cared for.

Sometimes it is difficult to set personal boundaries with others in the collective: to dare to say no, to express that something requires too much work, or to propose organising things differently because too much responsibility falls on one person and nothing has been done to rebalance the workload. In short, realising that taking care of yourself is one of the first steps in taking care of others.

Most often simple domestic or logistical tasks in collective spaces fall on women and are never brought up in discussion within our organisations. People often forget that “invisible tasks” reflect power dynamics and that by not taking them into account, we perpetuate mechanisms of exclusion and domination. This is also due to the fact that spaces for civic participation welcome people with diverse backgrounds and different activist experiences. In these spaces, the differentiation between the citizen as a person and the citizen as a representative of an organisation skews peer relations, generating a climate of prejudice and causing power struggles between organisations instead of nurturing a culture based on dialogue, mutual listening and collaboration between individuals.

As complex and varied as the situations discussed were, the solutions that were shared were just as diverse and responded to many specific contexts. Some dealt with the management of group dynamics and methods of conflict resolution. Some were related to decision-making, organisation and ways of distributing tasks, while others imagined new forms of organisational governance. The responses were ultimately a reflection of practical questions guided by the desire to achieve greater organisational sustainability by taking care of each other and of the project: How can we welcome newcomers to a project with care and give them the time they need to feel comfortable participating in and advancing the process? How can we behave within the organisation to break down patriarchal domination? How can we reconcile the need for rules and organisation without stifling creativity and the organic informality that gives life to an organisation? In a context where the boundaries between professional and personal life (family and home life) are becoming increasingly blurred, how can we ensure that collective spaces strengthen, and do not weaken, our family and personal lives?

There are so many questions and there’s never a single, universal answer; the answers are not there as blueprints—they are tools, methods for reinventing, adapting and evolving according to the needs of the collective. The priority never lies with the tools themselves, but with how their use affects individuals, how individuals decide to evolve with them and how the collective adopts them as a part of its own transformation. Moving forward with unanswered questions, embracing our vulnerability, giving ourselves the right to make mistakes, taking small steps and experimenting with humility—this is what we do in Labs of Care.

Laboratories of Care is a joint venture between CommonsPolis, Zemos98, Krytyka Polityczna, Shelagh Wright & Peter Jenkinson (Cultural Change Agents, United Kingdom). The project is funded by FundAction (initiatives for systemic change) and by the “Democracy needs imagination” grant from the European Cultural Foundation.

French Municipalism(s): From Roundabouts to the Commune of Communes.
10 February, 2020

The Commune of Communes in Commercy: French municipalist movements coming together
4 February, 2020