MUNICIPALS ELECTIONS 2020 IN FRANCE: MAP OF PARTICIPATORY AND CITIZEN LISTS

You are here:
Community 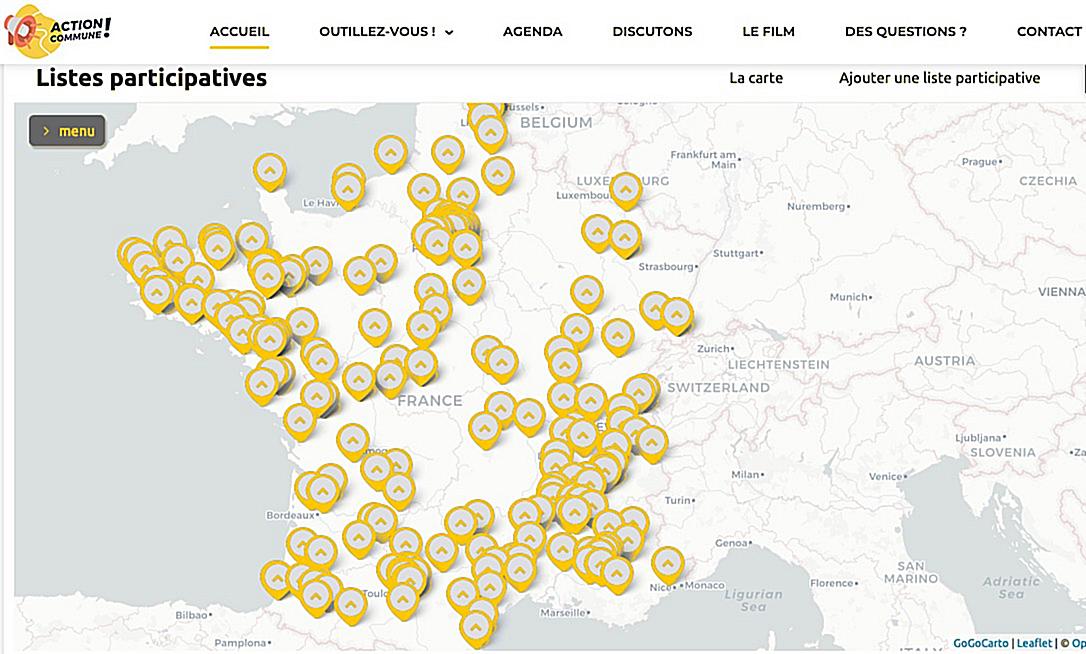 Our colleagues from Action Commune, an association which supports participatory lists for municipal elections in France, listed in January 2020 more than 258 participatory lists, “a third in villages of less than 10,000 inhabitants, a third in municipalities of 10,000 – 100,000 inhabitants, and a third in cities with more than 100,000” says Thomas Simon, coordinator of the group, which is dedicated to “supporting those who want to make citizen participation”.

Follow with us, the municipalist emergence on this March 2020!

French Municipalism(s): From Roundabouts to the Commune of Communes.
10 February, 2020

The Commune of Communes in Commercy: French municipalist movements coming together
4 February, 2020

AN INVITATION FOR SOCIAL MOVEMENTS TO EXPERIMENT WITH NEW WAYS OF WORKING TOGETHER
30 January, 2020