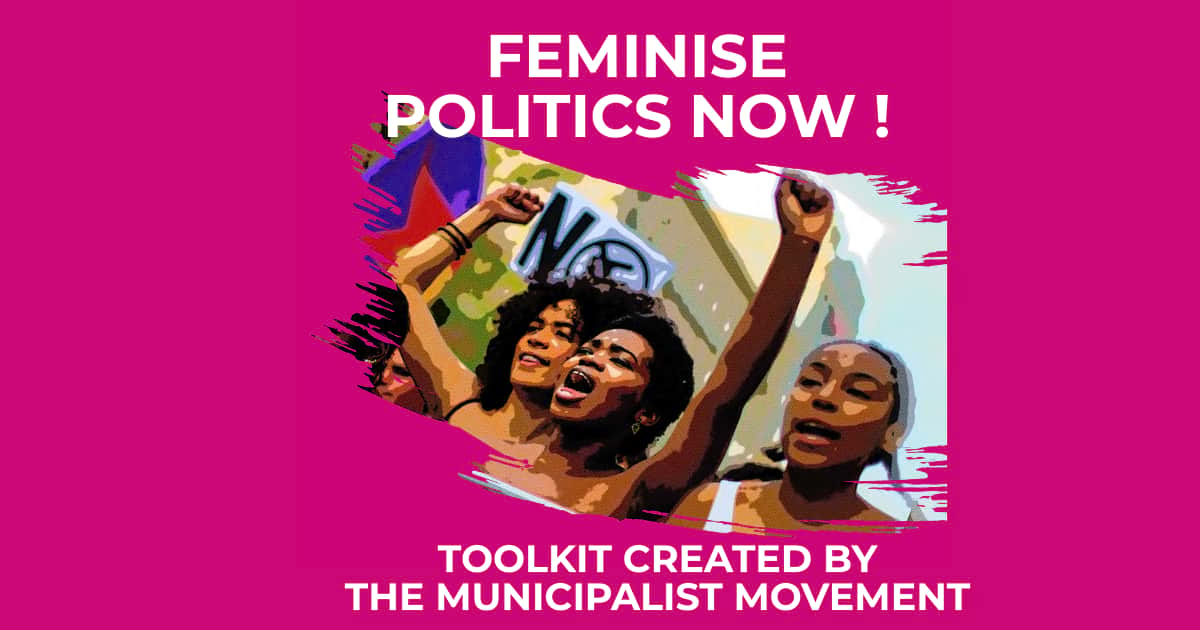 A Toolkit created by the municipalist movement

How can we make our organisations more democratic? How can we make our work and activism more inclusive in practice? How can we, as activists, practitioners, educators, citizens, members of movements and organisations ensure that we implement feminist values at work and in our everyday lives? These questions have been on the minds of leftists and feminists for a long time and have been addressed in depth by the municipalist movement, which has developed practices designed to democratise politics and thereby put feminism centre stage. This publication offers insights into what the movement has learnt and presents a set of tried-and-tested tools based on its political experience, a toolkit that can be adopted, adjusted and implemented by like-minded organisations, movements and activists.

The municipalist movement’s radical participatory programme has revitalised discussion on the left about what democracy can look like in practice, and new municipalism has become an arena for practising feminism. This should come as no surprise, for feminism is on new municipalists’ political agenda in the form of attempts to feminise politics. Municipalists’ critique of institutions mirrors many aspects of the feminist critique of liberal democracy. Indeed, their emphasis on empathy, care, togetherness, sharing, empowerment and non-violence represents a veritable paradigm shift in political culture, a progressive step that feminists have been trying to take for a long time.

New municipalism’s approach to political processes enables us to see politics as a realm that can serve to create communities, empowering people to take care of themselves, their peers and others. It provides extensive food for thought on our own practices, biases and unacknowledged assumptions, with inbuilt mechanisms designed to prevent reproducing stereotypical divisions of labour and responsibility. This outlook derives from an understanding that political activism focused on mutuality, social justice, equality and plurality has to be based on practices that implement these values. In addition, municipalism views power as a positive, creative force for overcoming local, economic, patriarchal and racist prejudices and other forms of domination and exploitation.Although municipalism comes in various forms, its variants share key commonalities.

For this publication, activists from the movement joined forces to share and discuss the experiences of six cities, which should help to clarify the raison d’être of the measures proposed in the toolkit. They reflect on the obstacles, challenges, contradictions and limitations they faced and crucially on ways of overcoming them. Their input invites us to reflect on our own organisations and think about ourselves. Many scenarios will be familiar to readers and thus constitute excellent starting points for trying to adopt ideas taken from the toolkit. Of course, this is but one contribution to the debate about the feminisation of politics, fuelling a dialogue that has only just begun.

Contents of the Report :