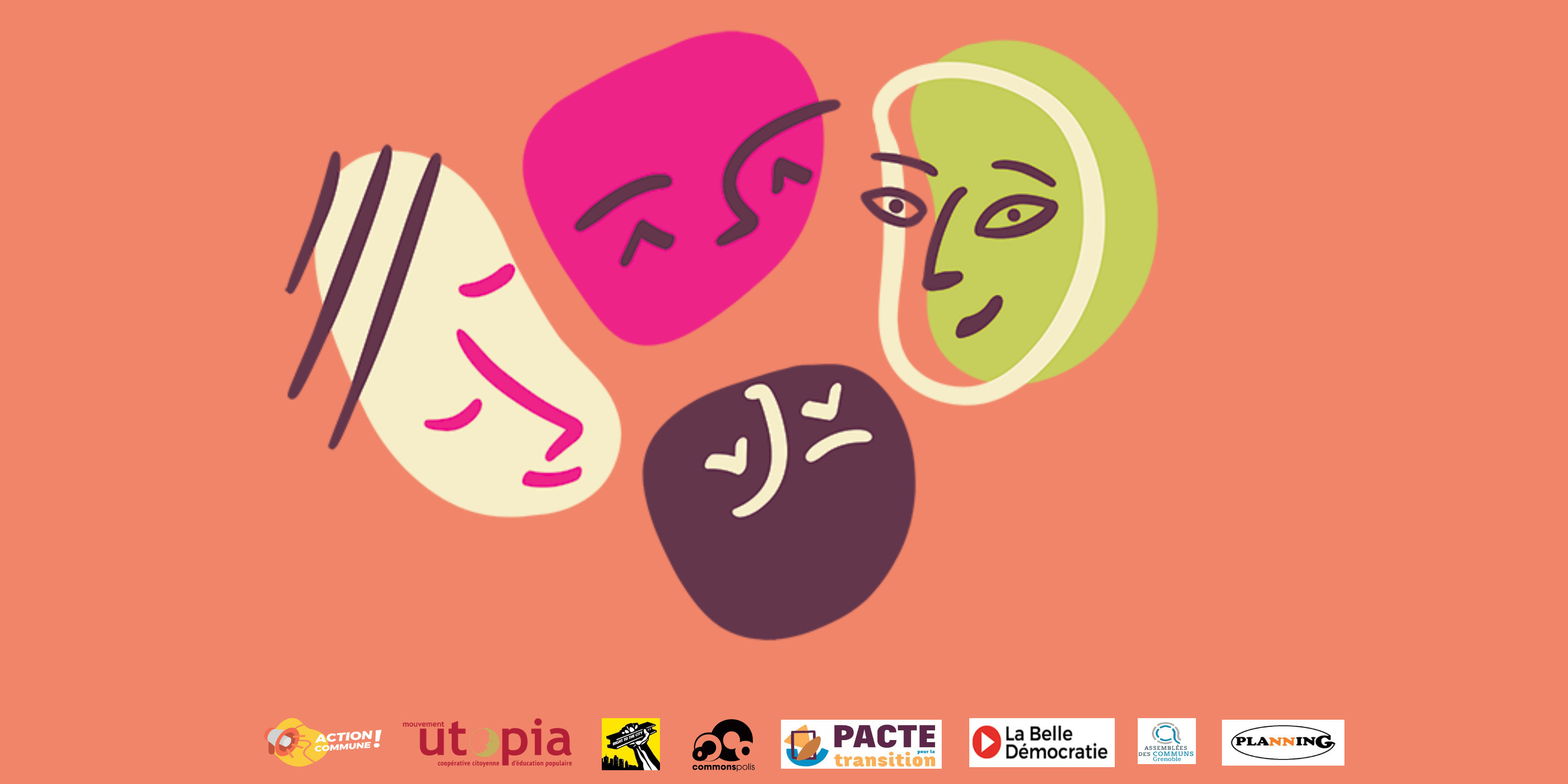 The CoVid-19 crisis forced us to cancel the possibility of holding this French Fearless Cities event initially planned for the weekend of May 15th in Grenoble. The organisations associated with the preparation of «Faire commun.e» (Make it common) wished to propose remote workshops inviting participants of elected and non-elected citizen lists and actors engaged in initiatives of citizen, social and ecological transition in the territories to meet, talk and exchange ideas and solutions online.

Participants splitted up in 3 thematic workshops:

Workshop 1: Feminisation of politics and care: how does it relate to municipalism?

Workshop 2: What are the conclusions and with what level of hopes for the future of municipalism in France after municipal elections of March 2020?

Workshop 3: What does the crisis teach us about the strengths, weaknesses and challenges of municipalism?

Each workshop offered a testimony or insights from two speakers and specific times for small groups of participants to tell each other, exchange ideas, identify needs and possible solutions.This article gathers the reports of the participants’ exchanges for the 3 workshops. We would like to thank the kind voluntary participation of the secretaries, moderators of the chats, technical assistants and the team of Action Commune who allow us to create for the participants quality sharing moments.

Workshop 1 : Feminisation of politics and care: how does it relate to municipalism?

The workshop was attended by 37 participants. It was an opportunity to listen to the testimonies of Fanny Lacroix (mayor of Châtel-en-Trièves in Isère) and Charlotte Marchandise (deputy mayor in charge of health and the environment in Rennes), followed by a time of exchanges in sub-groups between participants.

«Care» (or «Cuidados» in Spanish) and «Feminisation of politics» are particularly highlighted by municipalist platforms (especially Spanish ones), for whom these notions are intrinsically linked to municipalism. This workshop was an opportunity to shed light, through the experiences of the speakers and participants, on the lived reality and the perceptions or acceptances on these themes. What does » depatrializing politics » mean in concrete terms? What are these new ways of doing politics that put the dimension of Care inspired by eco-feminism at the centre? How do these concepts question the quality of relationships in a society; of humans with nature; within municipalist organizations and people who manage a municipality?

2/ It’s hard to bring Care in the bright light, and not doing it results in penalizing women primarily.

3/ Changing practices and postures is not that easy, and more especially within activists organizations.

Changing politics and vision of politics

New practices and tools for our activist organizations

Tools for the management of speaking times :

Practical rules for more Care in our collectives :

Workshop 2: What are the conclusions and with what level of hopes for the future of municipalism in France after municipal elections of March 2020?

The workshop was attended by 68 participants. It was an opportunity to listen to the testimonies of Guillaume Gourgues, Lecturer at the University of Lyon 2 and Sixtine Van Outryve, Doctoral student at the Catholic University of Louvain.

Workshop 2 returned to the expression of an emerging French-style municipalism, particularly through the candidacies for the municipal elections of March 2020 of participative lists and those that carry the aspiration of a more libertarian municipalism.
These municipalisms reflect a movement of repoliticization and a reappropriation of issues at the local level by the inhabitants. In particular, they are based on greater citizen participation and new political practices that differ from the current political professionalization.

2/ Relationship with the State and institutional organization :

Workshop 3: What does the crisis teach us about the strengths, weaknesses and challenges of municipalism?

The workshop was attended by 50 participants. It was an opportunity to listen to the testimonies of Anne-Sophie Olmos (elected to the Grenoble municipality and active in the Grenopolitains) and Vincent Liegey (essayist, descendant and coordinator of Cargonomia in Budapest).

Faced with the failures of the State in managing the COVID crisis19 , the municipalities found themselves in the front line in managing the crisis with the inhabitants. A multitude of mutual aid and solidarity initiatives then emerged, supported or not by public policies. The objective of Workshop 3 was to exchange ideas, based on the example of Grenoble and Budapest, in order to consider the strengths, weaknesses and challenges of municipalism.

This article was also published in french by Action Commune in Medium.